Laurence joined The Klein's staff as Executive Director in 2014 after having served on the KMAF Board of Directors for four years. He is an Emmy-award winning producer, theater manager and program development executive.

After three seasons as company manager at the Berkshire Theatre Festival in Stockbridge, MA, Mr. Caso joined CBS in Los Angeles to work on the development of comedy and drama series (WKRP in Cincinnati, Alice, Dallas and White Shadow).

As Executive Producer of As the World Turns, he produced over 1,700 episodes and received numerous awards, (Daytime Emmy for Outstanding Drama Series, and the Editor's Award for Lifetime Achievement from "Soap Opera Digest"). Caso produced two seasons of Donna's Day for the Jim Henson Company. The Associated Press honored that series on its annual "Ten Best Shows on Television" list. He also wrote and produced Surgeons of Hope, which recieved the Video Excellence Award from the healthcare marketing group, the RX Club, as well as Inside Baghdad, a History Channel documentary, and the Food Network special, Secrets of Country Music Stars. His Bridgeport-based company (Shoot the Catfish Productions) is in pre-producion on The Other Side of War, a two-hour documentary revealing little-known humanitarian deeds performed by American service members both during and after the Vietnam War. It will air on public television at a later date.

Caso earned his Bachelor's degree at Syracuse University and a Master's degree at Indiana University. An active member of the Producers Guild of America, he also served terms as governor and trustee of the National Television Academy. He was also past president of the non-profit Stough Institute of Breathing Coordination and the consulting producer for the National Foundation of Patriotism in Atlanta.

Fred began his career over 35 years ago in many capacities at the American Shakespeare Theatre in Stratford, CT. In 1982, he returned to Sacred Heart University where he was a founding staff member of WSHU Public Radio. He then took on the challenge of establishing the Center for the Performing Arts at Sacred Heart University where he served as Executive Director for 20 years. During his tenure, the Center produced over 100 revivials of classic musicals as well world premiere dramas, concerts, educational programming; along with Maureen Hamill, they presented acclaimed Summer Cabaret Workshop.

In recent years, Sailer has worked on the behalf of people with disablities throughout New England and in the Financial Services Industry. 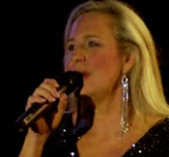 For 22 years, Maureen has taught and directed a summer workshop for children 6 - 17 for the Fairfield Theatre Company. The Program emphasizes the development of self-confidence, while bringing out a child's talent and having fun. In her theatre life, after attending the University of Bridgeport, she learned how to produce over a period of eight years and formed Hamill Productions. She has written, directed and performed in many theatrical productions in Connecticut and nationwide.