Educational plays about the lives, struggles, and triumphs of influential figures in American history.

No shows are currently scheduled. If you are interested in bringing this production to your school, please contact info@theklein.org 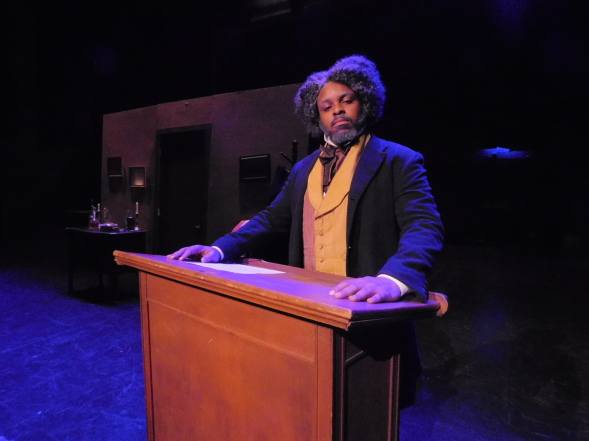 This well-received one-man play has been performed in venues across the country, including at the Douglass home in Washington, DC. The show has been recognized by the NAACP of Fairfield County and made its Klein debut on February 11, 2019, with an encore performance on February 17, 2019. Celebrate Black History Month and discover the world of one of the prominent leaders of the abolitionist movement; it's a revealing look at who Frederick Douglass was as a man, beyond him as a historical figure. The podium used in the set is the very podium that Martin Luther King Jr. spoke at in 1961!

This show is recommended for students ages 10 and up
Run time: 60 min 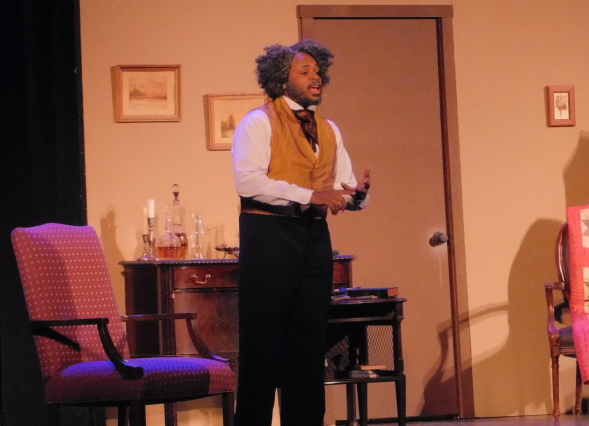 Tenisi Davis is a versatile actor who has performed in theater, film and network television projects. Most recently he made guest appearances in such series as NBC’s Manifest, Blue Bloods on CBS and Daredevilon Netflix.  On stage he has performed at the Shubert Theater in New Haven, National Black Theater in New York City, Collective Consciousness Theater, Studio 54 and Capital Classics in Hartford.  He made his Klein acting debut on our stage in late 2017 in the Emerging Voices production of Trumpednotized.

A native of Bridgeport and graduate of Bullard-Havens Technical High School, Tenisi received his formal training in the theater arts program at Housatonic Community College, as well as Performing Arts Center of Connecticut and the Alvin Ailey Foundation.

We are honored to bring him back to The Klein in this 1-man show about Frederick Douglass as part of the Klein History Theater series.

"Learn More About It!" collaboration with The Westport Library

To encourage reading and education along with artistic performances 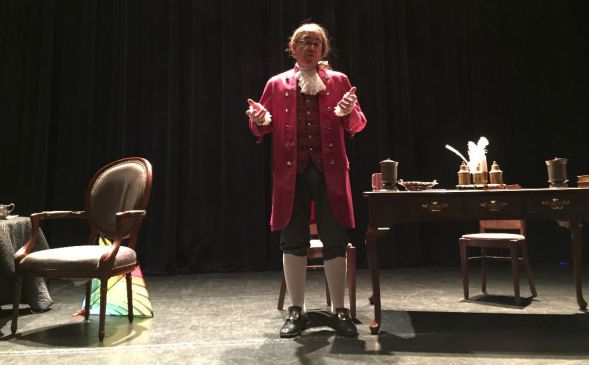 Kevin Miller, about starring in Ben:

"What an honor and privilege to portray this legendary, historic figure. A recent excursion to Colonial Williamsburg in Virginia allowed me the opportunity to enter HIS time. Not only his time, but also to walk where he walked, and to be in the exact hallowed rooms where he ate, drank, told stories, and most certainly belly laughed. I hope that you enjoy learning about the man that I have learned to love portraying. Mr. Ben Franklin."